Three whisky shows in Singapore over five weeks. We deep dive into the origins of these events, how they have grown and what they have to offer so that you have all the details to help you decide which to go to.

For the hardcore malt addicts and those with deep pockets and powerful liver, attending all three have to be the way to go. However, for the sake of most people and those who are curious or somewhat initiated, we compare these three whisky shows that happening within 2 to 3 weeks apart from one another, so that you don’t to:

The Malt Affair started as an online marketplace for the whisky community. It allows people to trade their bottles, exchange notes and more importantly share a dram. The Malt Affair’s proprietary event TMA Volume 6, as it suggests, is into it’s sixth edition. The event has grown over years because of its vintage bottles and intimate followings.

There are no free drams at the event (unless you know how to), but for SGD 15, the show seems to be affordable.

Masterclass however is priced at SGD 690. This year, Dutch Whisky Collector Michiel Wigman will be in Singapore for the first time to host his masterclass. The masterclass will last for 90min. To attend, entry ticket to TMA is a must. Before screaming expensive, these are the rare vintage whiskies attendees will be enjoying at 15ml per pour:

Whisky Live is one of the world’s biggest whisky and spirits shows. The event is into its 22nd year. Started in Paris for customers and aficionados in 2000, the event is now held regularly in other major cities like London, Shanghai, Tokyo and New York.

In 2010, Whisky Live arrived at the shores of Singapore, making it officially the first whisky show in Singapore and the region. Author and whisky collector, Mr Emmanuel Dron was then the Manager at La Maison du Whisky, organiser of Whisky Live, who led in the creation and organisation of the event in Singapore. He saw the event as a big step forward for whisky community in Southeast Asia.

In 2013 or 2014, the event introduced the Collector’s Room to showcase and serve VIP participants some of the world’s rarest and most sought-after whiskies. There, participants sipped drams that were often out of reach, and rubbed shoulders with notable industry personalities.

At the height of the event in 2016, whisky writer Dave Broom, rum legend Luca Gargano and master mixologist Rogerio Igarashi Vaz graced the show. As the event grow bigger, tickets sales also ballooned from 400 at the inaugural event, to over 3500 at its peak in 2016 and 2017. Tickets were going for SGD 79 back then in 2010 and now inflated to SGD 150 for a Saturday entry.

This year, Whisky Journey takes on a different format, one that is styled like a convention-exhibition. A relatively new contender in the space of whisky shows and exhibition, the event claims to be Singapore’s biggest and promises amazing experiences by their exhibitors.

The show will feature over 20 exhibitors and over 100 different whiskies/expressions. There will be free drams by selected participating brands as well as access to many different varieties of whisky at a very special price. There will also be the chance to buy whiskies at below retail price, and access to Whisky Journey exclusive bottlings.

Which whisky event are you going? I’m keen to hear what you think. Reach out – you can read more more about me here or click on my social media icons below. 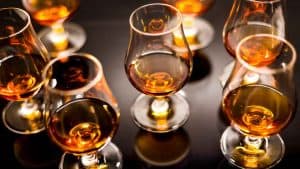 Three whisky shows in Singapore over five weeks. Here’s how they have grown and what they have to offer to help you decide which to go to.